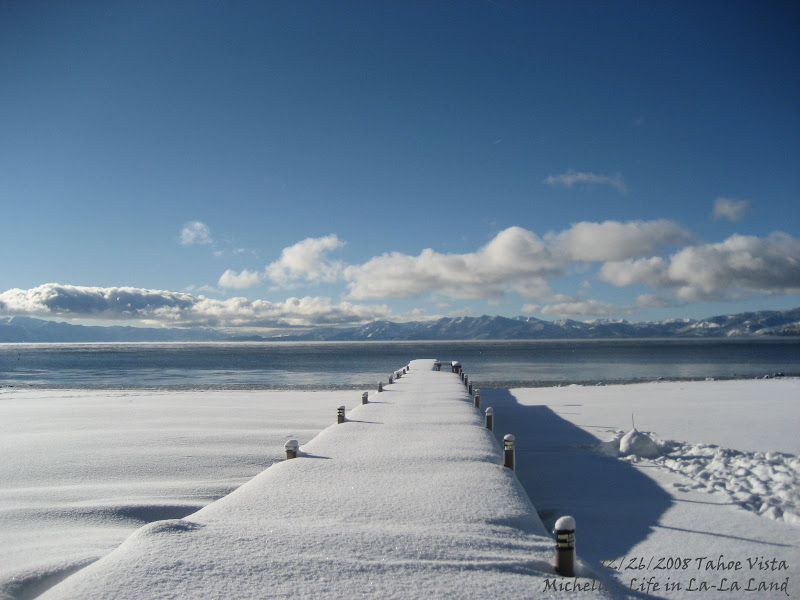 This X'mas holiday I planned a snowboarding trip to Lake Tahoe, the beautiful lake up on the border of north Cali and Nevada.  Most people from So Cal or even from the bay often visit ths south shore.  Among those ski resorts in south Tahoe, Heavenly is probably the most popular one.

However, I decided to visit the north shore for my 1st trip to Tahoe just because I thought the drive to north Tahoe from Reno, where we flew to, is shorter.  Who doesn't want to save some drive on snow days?  Lodging in Tahoe on major holidays could be very expensive.  Luckily I found a reasonably priced lakeside lodge.

Fransican Lakeside Lodge: It's a cute little lakeside lodge, sitting right by the lake in Tahoe Vista.  Fransican has different sizes of rooms for different demands and they're all pretty reasonably priced, even in the holiday season. 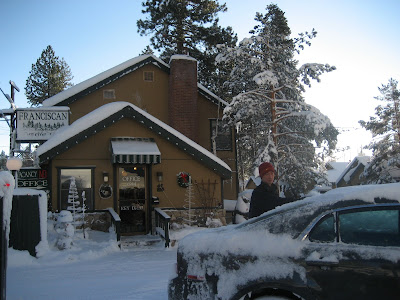 There are actually quite a few lakeside lodges like Fransiscan in Tahoe Vista.  I think Tahoe Vista will be a great place to stay when you visit Tahoe in summer. That doesn't mean it's not good in the winter.  Just it's not that close to the ski resorts and you can't really see or do anything in bad weathers even you're right by the lake. There was a snow storm in lake tahoe area starting the night we arrived.  In order to take the picture below, I had to fight through the deep new snow and all I could see was the deck covered with snow.  (as opposed to the top picture, taken at the same spot on the 3rd day, a wonderful clear day.) 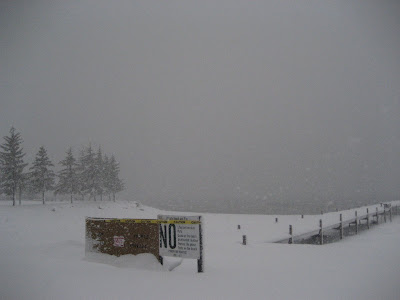 On the morning of the 2nd day, we went out and realized the snow had been falling heavily throughout the night and didn't seem like it would stop anytime soon.  We never experienced any snowstorm before and weren't sure if people actually go out and ski/snowboard in a weather like this.  We walked out to the patio and saw some cars carrying skis/snowboards on the road.  So we guess people do ski/snowboard in this kind of wheather.  Plus we flew and drove all the way here, we didn't want to spend our X'mas vacation staying in the room.  We decided to go clean the snow off our car and head out for some food and snowboarding regardless the heavy snow.
This is how thick the snow was... 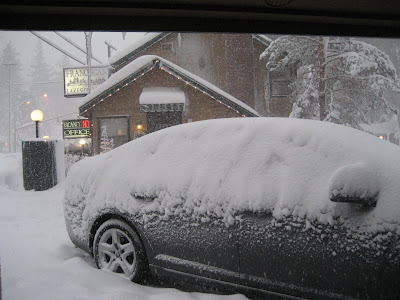 Eat is always the thing I care the most.  I did my research and planned to have breakfast at "The Old Post Office Cafe".  Unfortunately it was closed when we drove by, maybe due to the heavy snow, or because it's X'mas day.  In fact, pretty much all the shops and restaurants we'd seen on the street (North Lake Blvd) were closed.  So when we saw the first open restaurant, Rosie's Cafe, we decided to eat there right away.

When planning the trip, I knew we could go to either Squaw Valley or Alpine Meadows, or maybe both.  And actually we were still deciding which resort to go when having breakfast at Rosie's.  Looking at the heavy snow outside, we had a bad feeling and weren't sure these two were even open today.  We called and were told Alpine Meadows was closed due to an avalanche, so I guess we are going to Squaw Valley today! 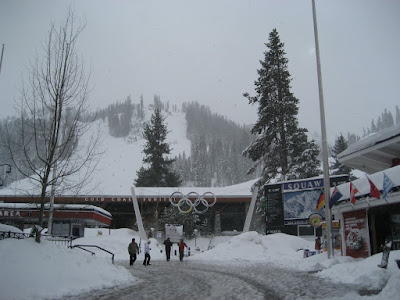 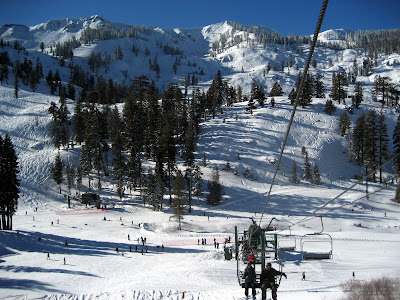 Okay.  I know I'm still far from finishing this post.  But I've been holding it for too long and I figure I want to post it before the summer comes.  Haha....  I've been swamped lately but will try to write more details later.

Our San Diego trip started from the Zoo!  It's actually very fun and not that tiring....
We took tour bus and tram, so didn't walk too much under the sunshine.